TRINAMIC Motion Control's BOBs are open source boards for their chips, transforming digital information into physical motion. A single, easy-to-use electrical component is everything needed for rapid prototyping; the user no longer has to worry about building a final design or soldering SMD components before testing a prototype. The BOBs can be used on a breadboard or with flying wires, as all sensitive signals, such as sense lines, are routed on the BOBs themselves.

The breakout boards are for anyone who needs a physical prototype fast in order to have a minimum viable product (MVP). BOB has everything needed to use the component, such as sense resistors, buffer capacitors, and power MOSFETs or Ethernet connectors.

TRINAMIC’s technology access package (TTAP) provides the user with a sample code and API for each of the chips found on the BOBs. The comprehensive collection of technical support information and tools for TRINAMIC’s motor and motion control ICs found in TTAP not only simplify the (physical) design-in and bring-up, it also speeds up firmware development. All this can be transferred to a microcontroller or used with one of the Arduino samples, minimizing the time needed for prototyping.

All TRINAMIC BOBs are open source hardware with a permissive license.

Communication in Industrial Networks Each individual industry approached the task of deploying electronic controls on individual pieces of equipment, linking these controls into islands of automation, and finally pulling these islands into a factory-wide network. 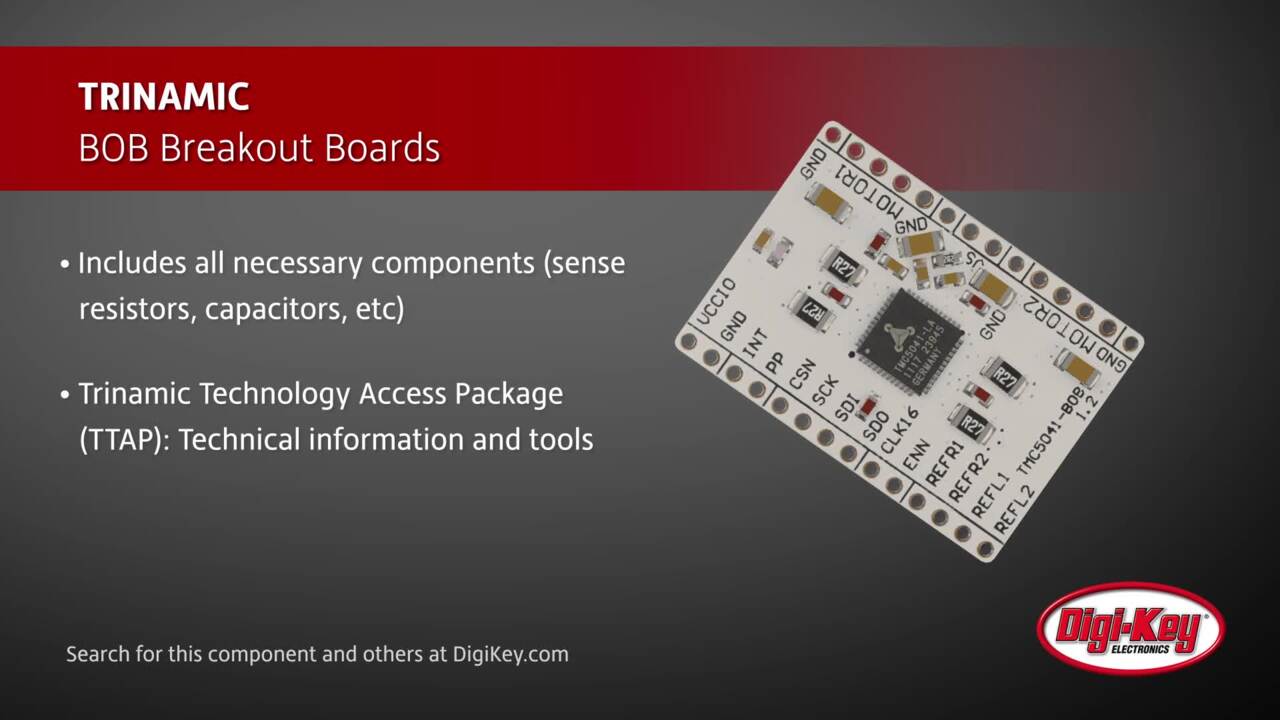